Home » Uncategorized » Haiti: A Nation in Desperate Need of Help 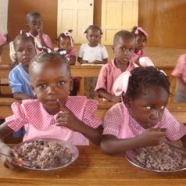 Haiti: A Nation in Desperate Need of Help

Posted by Ron Standerfer on April 24, 2013 in Uncategorized | Leave a comment 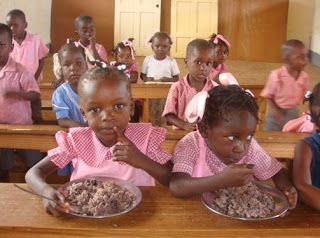 Why?  Because they live in the poorest country in the Western Hemisphere, and one of the most disadvantaged in the world.Approximately 76% live below the poverty line.  56% of the people live in extreme poverty.  Nearly 90% of poor households and 67% of extremely poor households live in rural areas.

Here’s what  a  government report said in 2009, “The basic rural infrastructure is virtually nonexistent or severely depleted. Only 11% of rural households have electricity, and 80% have unimproved sanitation coverage.”

Despite the Government Report Progress Was Being Made 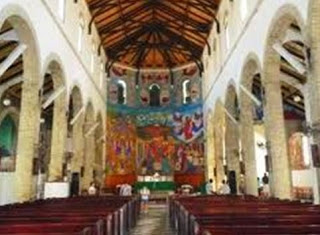 Then Came The Earthquake in Early 2010

In just a few terrifying seconds, most of the hard work done in the Diocese was undone.  The cathedral, convent, seminary, music school, school for handicapped people, and many other structures in the local area were destroyed or severely damaged.  Over 250,000 people died and 300,000 others suffered from crush wounds. Over 4 million people were left living in tents, and millions more were left grieving and frightened.

The school for the handicapped has been rebuilt and is now partnered with American prosthetic companies.  All 254 of the diocesan primary and secondary schools have reopened. The hospital that was totally destroyed now has a state of the art medical center for maternal health care.

What Can We Do To Help?

I asked the Rev. Clelia Garrity, a minister in the Episcopal Church I belong to in Delray Beach; a loving, caring, yet no nonsense missionary who knows her way around Haiti (That’s her in the middle of this pic.)  To my surprise, money is not on her wish list nor are shipments of hand me down clothes. What is needed is people with a variety of medical and non medical skills, willing to travel to Haiti for a few days in order to make a difference.  Like this team, for example, there to convert a small part of a school building into a pharmacy and medical clinic.

Did They Make a Difference?

Let me put it this way. Once the clinic opened its doors they saw 256 patients in two days.  Did they make a difference in the lives of the patients they saw?  Absolutely. So, if this kind of hands-on, voluntary missionary work appeals to you; put away your check book, drop the TV remote, and contact Rev Clelia at garritycpg@gmail.com  No matter what your skills are, she will put you to work, or if she can’t, will put you in contact with someone that can.